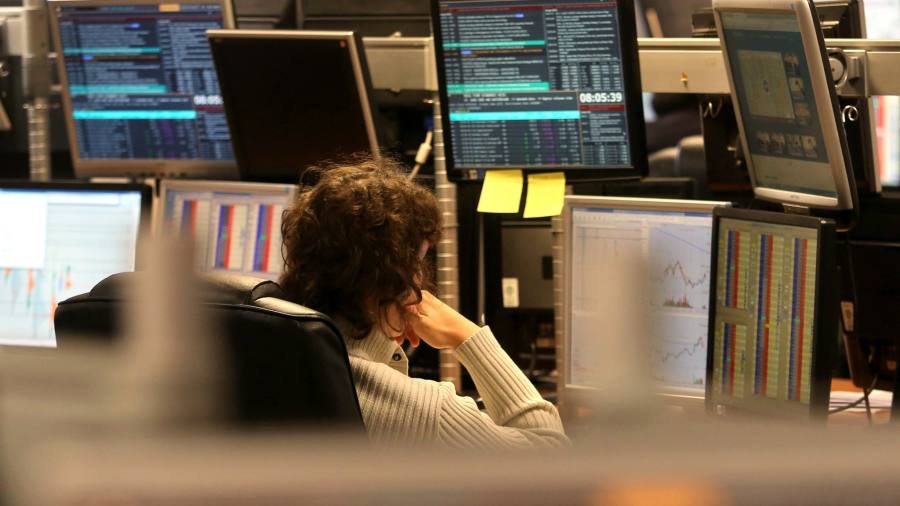 The Market Makers Game Customers Should Be Stuffed With

Each profession has its sacred mission: doctors to care for the sick, pub owners to pull off a good pint, and market makers to tend to all comers in their brand asset. Forex traders at Barclays would have dodged this last obligation, accepting only orders supposed to bring them money. Because of this, the New York Department of Financial Services, a Wall Street regulator, fined the bank $150 million.

The DFS bothers Lombard. Confusingly, it has an acronym also used by a major UK furniture store. You could pick up a table lamp on a trip to the United States and walk away with a $1 billion penalty for rigging Libor. Moreover, the watchdog’s furious pursuit of Standard charter and BNP Paribas seemed motivated by its limited regulatory reach and the foreign character of these banks, as well as their alleged misdeeds.

This time, the DFS seems to have put its suspect in check. According to the final notice, Barclays abused a “last look” timeout system on its Barx electronic trading platform. This held back FX orders before they were executed, allowing the bank to reject “toxic” orders posted by high-frequency traders. But then, according to the DFS, Barclays began using the delay to reject orders from ordinary customers when currency movements looked likely to lose the bank’s money.

“Obfuscate and stonewall” sounds like a corporate law firm. Instead, it was advice from Barclays electronic forex trading manager regarding queries about rejected trades, the final notice reveals.

This middle case better illustrates a lingering flaw in finance than mega-scandals such as the benchmark fiddle, where customer detriment is nebulous. It is the exploitation by banks of specialized knowledge to defraud customers rather than to help them.

Delay systems are used in a wide range of electronic markets. This fine is more a case of first blood in retaliation for the misuse of delay systems than a last look at the problem by regulators.

Under-overlapping is a political no-no when delivering electricity, as energy minister Amber Rudd acknowledges in her maiden speech on moving Britain to a carbon free future, writes Kate Burgess. The power cuts of the 1970s still weigh on Westminster.

On Wednesday, La Rudd set 2025 as the retirement date for dirty coal-fired power plants – but only if there are enough new gas-fired plants to supply homes with light during the still, dark days of winter when renewables fail.

She has a dilemma, however. Burning gas is cleaner than coal and can be lit in an instant. This makes gas plants useful to have in reserve but commercially unattractive to operate.

The ‘capacity auction’, which rewards gas-fired power stations for inactivity, was the government’s solution.

However, the big six energy companies complain that prices are too low to make building new plants worthwhile. He wants the government to ban trespassers and auction more gas capacity. For all her aversion to interventionism, Ms Rudd would be well advised to comply. It could be that, or asking electricity consumers to turn off the lights at tea time.

This month The Spectator branded Ms Rudd a ‘minister to watch’ for telling the Lib Dems to put their solar panels where the sun doesn’t shine. She might well be, if only to see how close she gets to the sun before her wings melt away.

A version of the playground game One Potato, Two Potato is underway to determine which area of ​​the city will become the default bogeyman for UK regulators to take over from the banking sector. Asset management stands to gain, as a study by the Financial Conduct Authority illustrates.

This raises reasonable objections to certain practices in the £6.6billion sector. Pricing is often opaque, the distinction between active and passive management can be negligible, and the activities of investment advisers are fraught with conflicts of interest.

Less acceptable, the FCA suggests that an average operating margin of 35% could show that the competition is not working. Another explanation would be that investment managers whose performance is good enough to keep them in business offer a product that clients like very much. Luxury goods companies are doing the same.

The Investment Association, the industry trade body, would surely have responded with more than just a statement of expectation if members had not ousted well-networked boss Daniel Godfrey last month. He ventured into the lion’s den by supporting voluntary reforms that might have preempted the mandatory type.

Contrary to Scripture, the lions ate this prophet Daniel. His program seems prescient in light of this study, which the FCA, with a greater instinct for public relations, published early.

So what are market makers?