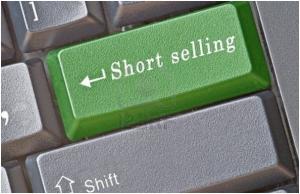 The securities transaction tax exemptions for domestic institutional investors, which were enacted to enable stock trading, have the side effect of fueling their short sale of stocks.

Institutional investors sold more than 2.34 trillion won (US $ 2 billion) of shares on the main KOSPI market from January 1 to May 3 this year, according to Korea Exchange (KRX) on May 6. Out of a total of 1.44 trillion won (US $ 1.23 billion worth of shares were sold through arbitrage as part of program trading.

Arbitrage is the simultaneous buying and selling of an asset to take advantage of a price imbalance. It is a trade that profits by exploiting the price differences of spots and futures. This means that institutional investors have performed large-scale arbitrage by buying futures and selling spots through computer programs this year. In this case, most of the cash sales are short sales. In short, an increase in sell arbitrage means an increase in short sales by institutional investors.

The most notable aspect here is that institutional investors have consistently recorded large-scale net sales of arbitrage trades, regardless of fluctuations in the KOSPI index or price changes between spots and futures. Their net sales amounted to 244.80 billion won ($ 209.23 million) in January, 211.70 billion won ($ 180.94 million) in February, 446.60 billion won (381, $ 71 million) in March and 491.40 billion won ($ 420 million) in April. This is in stark contrast to foreign investors who have embarked on a two-way buying and selling frenzy over the same period.

The problem is that such a trend emerged after 2015, when the government began granting seven South Korean securities firms designated as liquidity providers, or market makers, exemptions from trading taxes on securities on their arbitrage transactions in order to promote their transactions. The size of net sales jumped to some 8 trillion won ($ 6.84 billion) in 2017.

Some point out that the exemptions from the transaction tax have pushed institutional investors to pursue a policy resolutely favorable to sales. An official in the investment banking industry said: “One of the problems is that the government did not set the coverage ratio during the process of introducing transaction tax exemptions.” In other words, it has caused institutions to sell more spots at their discretion than the losses from forward purchases. He also said: “There is a need to thoroughly examine the side effects of securities transaction tax cuts, as they are very likely to lead to active arbitrage by institutional investors. “

E-commerce will likely mean the end of market makers