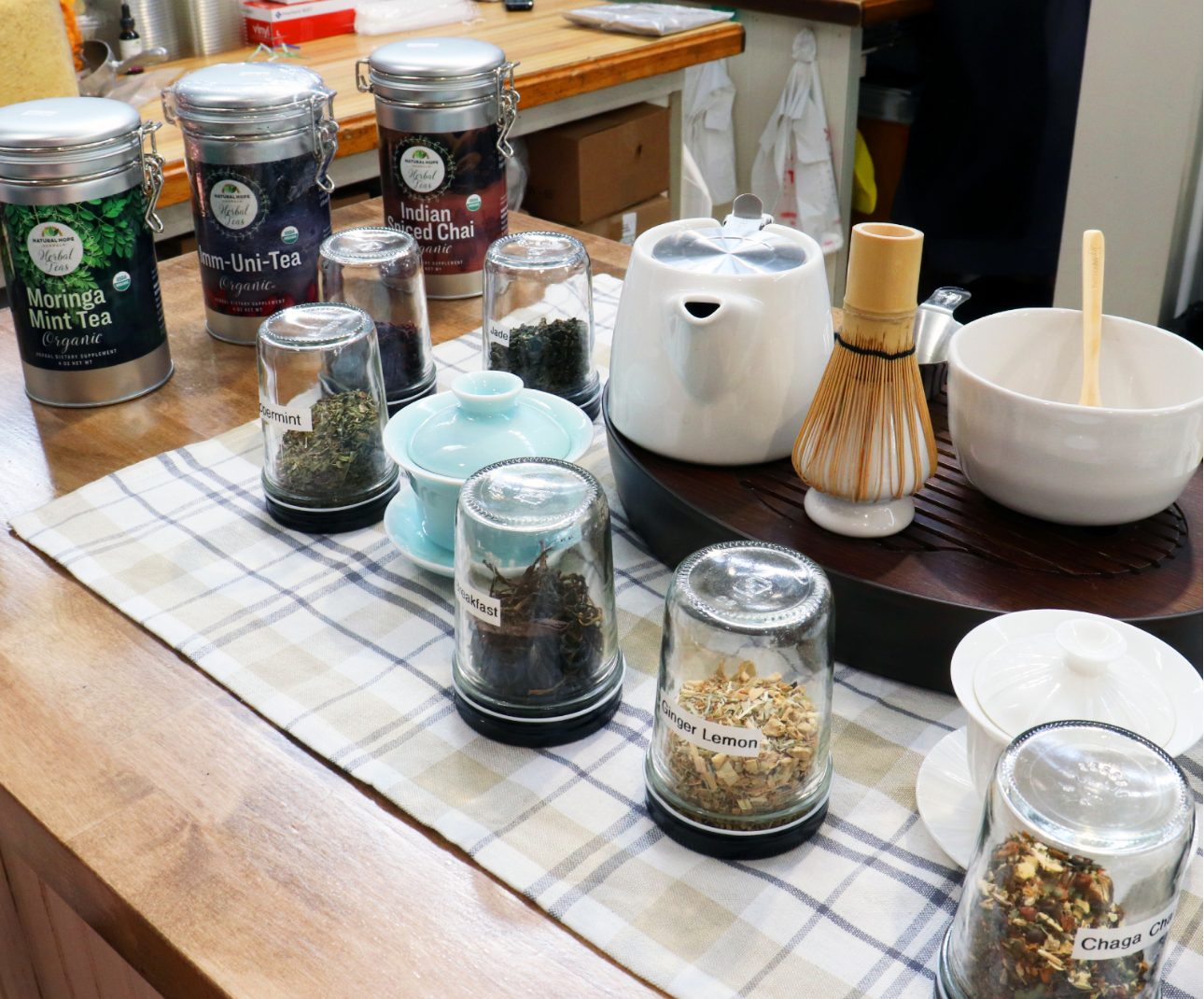 Over the past few months, Manderolas and Cup of Joy have moved into the stone and brick buildings respectively. While they may be unique in what they offer, stall owners both hope to provide shoppers with healthy options.

Manderola, a wellness chef for 15 years, uses the recurring theme of health and the concept that “food is power” throughout his cooking. Born in the Middle East, she has been cooking since childhood, learning techniques from her family.

The chef initially considered opening her stand in Miami, Florida, but returned to Harrisburg, where she first came in 1998, to be with her family during the pandemic. Here, she felt she could change things.

According to Manderola, there are five elements that wellness leaders bring to their community: physicality, biochemistry, intellectualism, emotional intelligence, and spirituality. She incorporates them into her cooking styles and the wellness workshops she leads.

“I take the best the world has to offer, using ancient medicine techniques with local ingredients and international spices, and use the oldest cooking method,” Manderola said. “I pray and meditate on food and I use the five elements in what I do.”

Part of Manderola’s focus on wellness comes from her belief that it’s her responsibility as an American citizen to create healthier foods, she said. She hopes her position can help turn things around.

Manderolas’ menu blends four different cooking styles — Mediterranean, keto, nomadic and fusion — and links one to each blood type on the basis that items on that menu will best benefit people of that blood type, Manderola said.

On the menu are dishes such as bread and vegetable dips, artisan drinks and coffees, various salads, mac and cheese and a lasagna that took 20 years to perfect in Manderola.

Manderolas is about giving back to the community, she said. Therefore, if a client has recently donated blood, she will offer her a free meal. This is also the reason why she set up her stand at the Broad Street Market.

“Harrisburg needs the vibe of healthier options with an education,” she said.

Shoppers heading to the market’s brick building will find the second new business, the Cup of Joy coffee stand.

The stand is run by the same Lancaster-based family that runs the Green Ridge Acres stand, also in the market. The Lapps have been in the food business for 13 years.

“We got into the food business because we wanted to share nutrient-rich foods,” says owner Ruthie Lapp.

Cup of Joy opened to the market earlier this summer after Lapp’s daughter and longtime Green Ridge Acres employee Jess came up with the idea.

“We wanted to add more diversity to the market and provide healthier, organic choices,” Jess said. “And try to source more locally.”

Lapp said the transition from a food stand to a coffee stand was “easily and automatically” after taking courses in running a coffee shop.

“We have good help, but we’re still learning,” Lapp said.

The stand sells coffee and tea. Jess recommended the summer tea and the caramel flavored latte.

“We make all of our syrups,” Jess said. “They are all natural and organic.”

All Cup of Joy teas can be served hot or iced, with options including peppermint, jade oolong, and raspberry. For their lattes, they offer flavors such as vanilla and maple, and serve chai tea, Earl Grey, and Lady Grey. Their iced tea is a hit during the heat, Lapp said.

As for their future, Lapp is looking forward to seeing people enjoy their hot teas during the winter months.

If you like what we do, support our work. Become a friend of TheBurg!