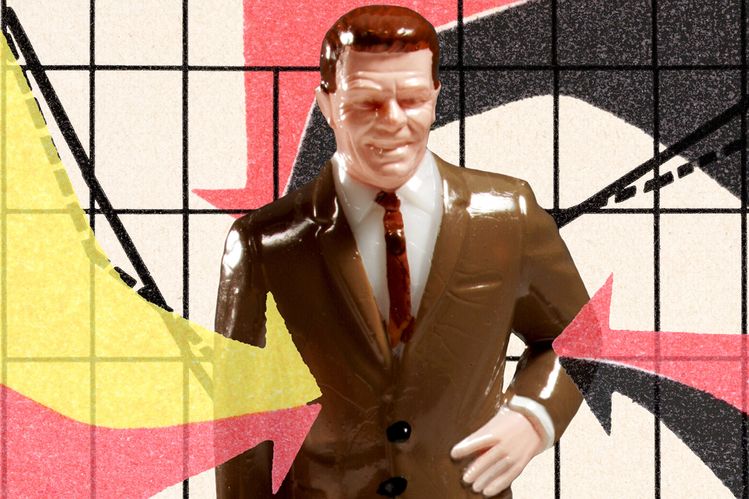 When an industry lobby group launches a public relations campaign, the cynical observer instinctively asks: why? Why now? Do they have an image problem? What are they worried about? Do they want changes in the regulations?

These are the questions raised by the campaign â€œFor a better knowledge of independent market makersâ€ in Europe, launched on September 27th. Companies such as Citadel Securities and Virtu Financial that use their own capital to build equity and bond markets have become important parts of the capital markets ecosystem over the past 20 years. The growing electronization of the markets has enabled them to monopolize a large part of the action of the banks, whose appetite for market making was greatly reduced by the changes to their capital rules following the financial crisis.

So why is the #WeAreMarketMakers campaign being launched now? It is surely not to mark the 10th anniversary of their professional body, the FIA â€‹â€‹European Principal Traders Association.

Granted, if you look into the United States, there are plenty of reasons the industry might think they need a PR boost. After years of trying to combat public suspicion of â€œhigh frequency trading,â€ the industry is now in the regulatory limelight, following its role in the stock market saga of Robinhood and GameStop memes.

Gary Gensler, chairman of the United States Securities and Exchange Commission, raised the possibility of banning “payment for order flow,” the controversial practice that allows digital stock brokers like Robinhood to earn money. money by selling transactions to market makers.

He also expressed concern about the dominance of two of the biggest market makers, Citadel and Virtu, which together manage more than 70% of total retail sales in US-listed stocks.

Meanwhile, market makers are pushing fiercely on possible reforms to the US Treasury bill market. Market makers strongly support some suggested changes, such as the introduction of central clearing of treasury securities, but are opposed to other reforms that they see as special advocacy on the part of the banks.

While lobbyists for independent market makers have their hands full in the United States, the stakes in Europe are quite different. Their European group, of which Citadel and Virtu are prominent members, argues that payment for order flows is illegal in the EU under MiFID II. But market makers fear that this could happen in several Member States anyway, notably in Germany. This creates “an unfair playing field” and endangers best execution, according to Piebe Teeboom, secretary general of FIA EPTA.

As in the United States, broader regulatory reviews are also underway, with the EU reviewing MiFID II and the UK conducting a broader review of wholesale financial market rules.

Independent market makers want their voices heard in these debates and the new PR campaign is clearly designed to highlight the important role they currently play in capital markets.

A report commissioned by FIA EPTA shows that its members provided a key source of liquidity for asset managers when some banks pulled out during the trade crisis of last March.

â€œLiquidity issues in bond markets at the onset of the pandemic created a vacuum, forcing buyers to find new trading partners and access points to liquidity – and market making firms have stepped up to fill the void, â€said report author Rebecca Healey.

Independent market makers were particularly important for smaller asset managers, which did not have such strong relationships with banks, according to the report.

The crisis has shown the importance of having “a diverse set of liquidity providers at your disposal,” Teeboom explains.

To reinforce this diversity, market makers are keen not to be disadvantaged in the current regulatory revisions. They are, for example, opposed to the idea of â€‹â€‹the British Treasury to abolish the EU’s â€œshare swap obligationâ€, which was introduced to encourage trading in transparent markets. For market makers, the jackpot would be greater transparency around price reporting, in particular the introduction of a â€œconsolidated bandâ€ for both stocks and bonds.

But market makers often find themselves confronted with large investment banks, who want to defend their less transparent relational model. â€œWe still see a bit of a pullback from vested interests,â€ Teeboom says. â€œThere is no point in simply changing the rules to facilitate outdated trading methods. There is a role for relationship-based delivery. But it is very clear from the comments in our report that buyers want diversity at their fingertips. “

There are good reasons to strengthen this diversity, but investment banks have tremendous lobbying power. No matter how strong their argument is, market makers will have their work cut out for them to win the PR battle.

To contact the author of this story with comments or news, email David Wighton